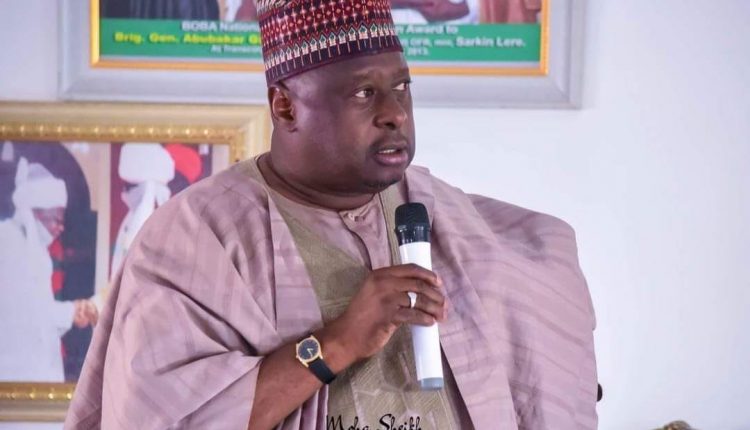 The Kaduna State Gubernatorial candidate of the Peoples’ Democratic Party, PDP, Alhaji Isa Ashiru, has advised those yet to collect their Permanent Voter’s Card, PVC, to do so immediately.

He said the change they desire to see in Kaduna State would only be effective when they have their PVCs,

The Guber candidate was speaking Friday in Saminaka, Lere local government area while receiving defectors from the All Progressives Congress, APC, and other parties into the PDP
Ashiru pleaded with the electorates to go to the various offices of the Independent National Electoral Commission, INEC, to pick their PVCs, emphasizing that INEC offices stay open between 9am – 3pm daily.

Ashiru has been on a week-long tour of local governments in Kaduna South and Central senatorial districts to seek the blessings of chiefs in those districts.

Accompanied by former Governor of the state, Senator Ahmed Makarfi, the State party Chairman, Hassan Hyet, and other chieftains of the PDP to receive the defectors after visiting all the chiefs in Lere LGA.

Makarfi who also spoke while receiving the defectors called on members of the PDP to unite to make the task of easing out the APC government easier in the state.

” for us to remove the APC, we have to unite. Respite can only come to Kaduna people when we have removed them from governing Kaduna state,” he said.