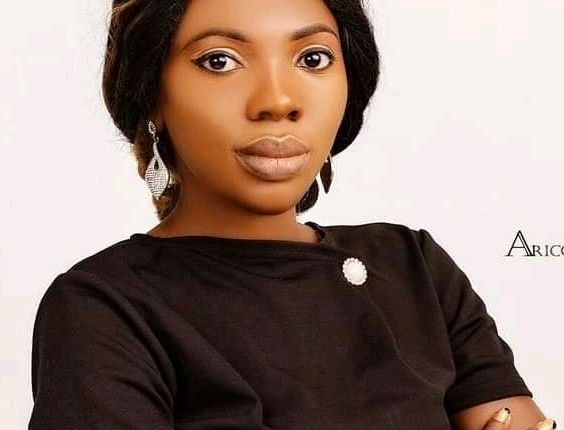 Beautiful she was.
Well endowed with full-rounded breast and wide hips.
She was so beautiful and silk.
Each time she moved out, men ogled her twice.
She was so smart, intelligent and behaves far more than her age.
But she was a child; a child at 17.
Done her WAEC and UTME.
Waiting for admission.
Her routines were predictable: home, school, church.
She was this type of child that was monitored and locked up in the house.
Her parent were middle class.
They took good care of her. During her 17th birthday and secondary school graduation, her dad surprised her with a Redmi phone worth 200k.
She was happy and glad. She couldn’t stop specking her dad and hugging her mum because of how excited she was.
At 20 she was all ready for life, she was prepared and had all her dreams figured out.
It baffles her always that with all the smartness and knowledge she commands, her mother doesn’t even care but always teases her that she is still a child. What child does what she does?
Did her mother know the kind of men she turns off, did her mother even know about tiktok, tinder, ponhub and the rest?
What else is it that she doesn’t know?
She always laughed at her mum and dad whenever they started their lengthy sermon to her about life because those people aren’t even aware of all she is handling.

Is it the men on twitter that are inside her dm or the ones on Instagram?
Infact she knows all their tricks and she is capable of handling them.

For sure, men won’t stop plucking around her. For some, they thought she was a 25 years woman, yes because of how matured she looks. And some don’t even care for her age.
She had this uncle that she was always crushing on: their neighbour.
And luckily enough he wooed her and she spent her night thinking about it.

Her heart was full of him and it felt as if it will fall out. She imagined her first kiss with him, she saw herself walking down the aisle with him.

She thought about what this sweet crush of hers says and she was all in. Is it the way he puts the words or his well groomed beards that she longs to touch?
She finally decided to say “Yes” and the love was out of this world.
She had to warn him never to come to their house because she was known as good girl who doesn’t keep boyfriends yet.
He obeyed. She was always indoors but they were always chatting and texting each other with mindblowing romantic words.
The love brews from Facebook to WhatsApp to telegram to twitter and all. The chats graduated from romantic to erotic then to sharing of nudes pictures.
He sends her his dik while she sends him her assets.
She finally got admission. Freedom at last!
Her boyfriend of 34 years was so happy to learn about her admission. She was now a fully big girl.
She did her registration and her parent insisted on her staying in the hostel but she preferred to stay offcampus because of her freedom.
She had to oblige to stay in the hostel but she and her boyfriend came up with a plan. To rent a self contain apartment offk; he paid and furnished the room for her.

She was both in the hostel and offk.
Her boyfriend promised to always come over during weekend so they can spend the weekend together uninterrupted. It was a good idea and she loves it.

An agreement was made to not break her virginity and he was cool with it.
For quite some months, they went on deep kisses, cuddle all through and nestle in a form-fitting snug without penetrative coitus.

Until one of these days; right in a cold blooded evening, he strikes in and hit it hard and his rod had its way. She shouted but the deed had been done.
She cried and he cried with her. He apologized and was thus forgiven.
The ventured to full blown family way and enjoyed it always.

In one of those months her period of 1st or 2nd day of the month lingered down to 8th and nothing was forth coming. She was worried and told him and he suggested they take (PT) pregnancy test; they did and it returned positive.
She cried her eyes out but it was already late.

He suggested abortion because her academics was at risk. She agreed because she was scared of confronting her parent with it.
The foetus was evacuated through painful D&C.

It was successful and she felt relieved. They gave about 2 months break and gradually resumed.

They conceive and abort at will. All conscience about abortion seems not to be a big deal. He kept promising her his unfailing love and commitment.
She felt smart about the whole thing because no one at home knows about her escapades.
They aborted for the 5th time in 2years and he felt he was no more interested in the love.

He soberly confessed his sins before his spiritual leader and moved on and stopped picking her calls.
Her world became gloomy and it seems as though the weight of the earth is rested on her shoulders.
She cried blood, took time and got over it

The baggage was fisted already. In a space of 1 year she went down with 7 men of which she conceived 3 times and terminated all.

She met another guy, he promised heaven and earth and they got going. 5months into the relationship he stops picking her calls when he heard about her past life from a close confidant of hers.
The heartbreak got a better part of her.
She attempted to commit to the last guy but caught him with her friend and she decided to close it up!
“True love doesn’t exist” She holds!

There are lessons here. Pick any.