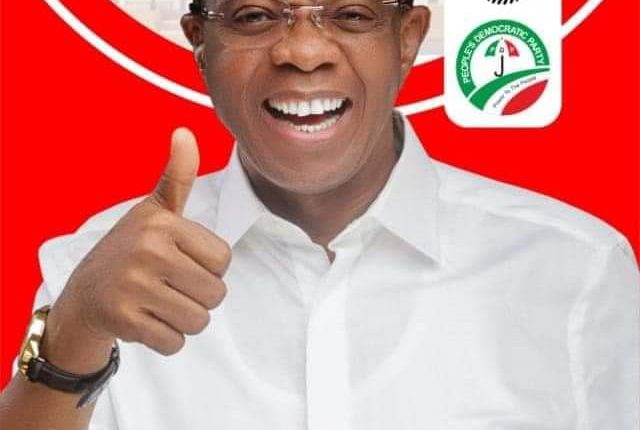 The National Chairman of the
People’s Democratic Party, PDP, Dr Iorchia Ayu has joined millions of sympathetic Nigerians, especially members of the PDP Family, to mourn the passing Prof. Eleazar
Uchenna Ikonne.
Dr. Ayu said his death came to him as a rude shock.
In a statement, Ayu said Late Ikonne was a true friend, loving father and devoted husband who valued family over everything else.

“He was a thorough-bred academic as well as an accomplished administrator.

“It is a testimony to his leadership acumen that he was appointed (on rescue mission) as the rector of the state-owned Abia State Polytechnic, Aba, between 2014 and 2015. And in December 2015, he was appointed the 7th Substantive Vice-Chancellor of the Abia State University.

“Upon his retirement from the ivory tower, Ikonne joined the PDP, and was subsequently elected its Gubernatorial Candidate for the March 11 2023 governorship election.

“I extend my heart-felt condolences to his family ,the Government and people of Abia State as well as the PDP Family nationwide, particularly the Abia State Chapter.

“I pray for God Almighty to grant him eternal rest and to give the family the fortitude to bear the irreparable loss.

“The professor of Optometry was, until his death in the early hours of Wednesday 25/01/2023, the PDP Governorship Candidate in Abia state for the 2023 general elections”.