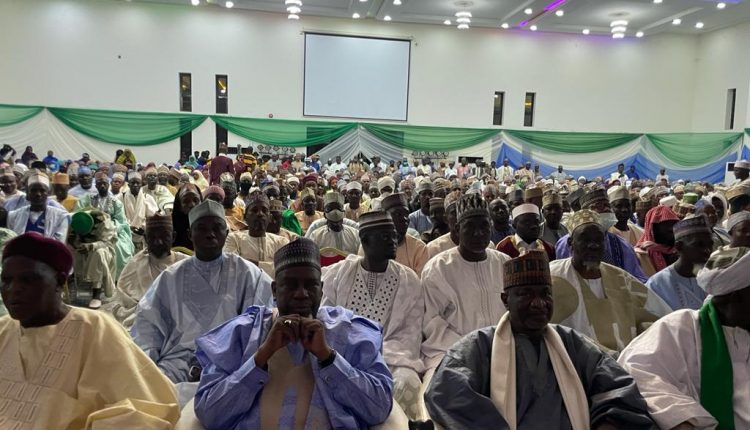 Presidential candidate of All Progressives Congress (APC) and former governor of Lagos State, Asiwaju Bola Ahmed Tinubu on Sunday, promised to be fair and just to all, if elected, while reassuring his commitment to progressive leadership.

Mr Tinubu gave the promise during a town hall meeting with Northeast Muslim leaders in Bauchi.

The presidential candidate, in soliciting their support, asked the Islamic scholars to vote wisely. If given the mandate, Tinubu assures that he will remain consistent with the tenets of his Islamic faith.

This latest town hall meeting is among the series of engagements the APC standard bearer is having with religious, business, professional, and community leaders as well as all other stakeholders across the country in his bid for the Presidency.

On occasions like this, Asiwaju Bola Tinubu has always echoed his pledge to purposeful and honest leadership. “A leader in a plural society like ours is enjoined to be a leader of all. If elected, I shall govern honestly and democratically, in harmony with our nation’s constitution”, Tinubu maintains.

He also promised to revive the economy and fight corruption and insecurity through the provision of modern equipment for security agencies to tackle peculiar and emerging security challenges in the country. Top on the list of his priorities for the Northeast, are resettlement of Internally Displaced Persons (IDPs) affected by the Boko Haram insurgency, creating better opportunities for economic prosperity through continues exploitation of the available mineral resources deposited in the region and paying great attention to job creation for teeming youths in a bid to harness potential for greater national development.

Earlier in their remarks, the Vice Presidential candidate of the APC and former Governor of Borno State, Sen. Kashim Shettima and Northern Coordinator, APC Presidential Campaign Council, and Jigawa Governor, Mohammed Abubakar Badaru, dismissed fears of Yoruba-dominated government, if Asiwaju Tinubu is elected President. Shettima is optimistic of rapid development and welfare of citizens under Asiwaju’s presidency, alluding to his principal’s track record and antecedents as Governor of Lagos State.

Governor Badaru stated that there was no caucus meeting of the APC Presidential Campaign that did not include his counterparts, northern governors, and the likes of Malam Nuhu Ribadu, who heads APC Campaign’s Directorate of Stakeholder Relations. Badaru Abubakar said that they would not betray the North.

Governor Badaru also added that Tinubu is healthy and mentally alert and would not let Nigerians down by the grace of Almighty Allah.

Some Muslim leaders who spoke at the occasion, including Sheikh Dr. Gambo Kyari, Sheikh Salihu Suleiman Ningi, and Sheikh Dr. Bashir Sheikh Dahiru Bauchi, among others, declared support for Asiwaju’s ambition as a clarion call.