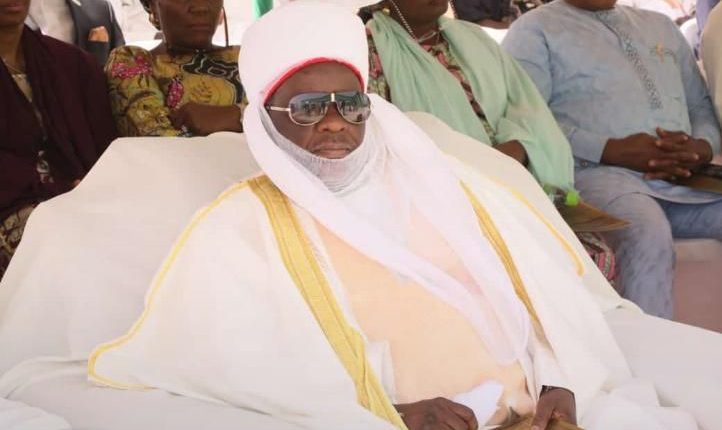 In what can be likened to “give honour to whom honour is due”, was evidenced on Tuesday 17th Jan 2023 at the commissioning of the Administrative Building of the Kano Free Trade Zone during which a Street was named after the Kanwan Katsina, District Head of Ketari, Alhaji, Usman Bello Kankara.
In the same vain, the Minister of Trade, Industry and Investment, Hajia Mariam Katagum who unveiled the street, had the commissioned Building, named after her by NEPZA 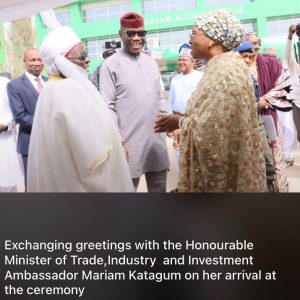 The honour bestowed on the traditional ruler and the minister, according to the Managing Director of NEPZA, Prof. Adesoji Adesugba, was in recognition of their contributions to the development of the free trade zone located on 262 hectares of land at Panisau area of Ungogo LGA of Kano State. 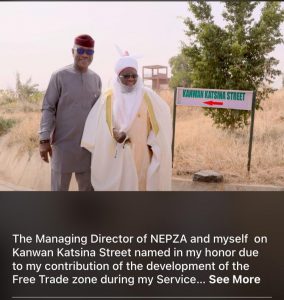 Responding, Alhaji Usman Bello thanked authorities of NEPZA for recognizing his contributions to the socio-economic growth of the nation.

Kanwan Katsina was a retired Comptroller of Customs whose contributions during his service to the development of the free trade zone could hardly be quantified.

The occasion also provided an opportunity for the Kanwan Katsina to meet a retired colleague from the Customs Service, Senator Sabo Nakudu who was also honoured. 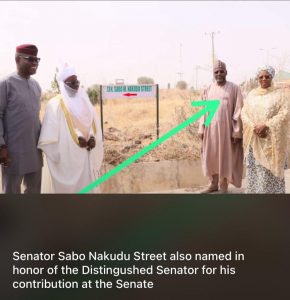 Anumber of prominent investors in the zone, including, Alhaji Sani Marshall witnessed the occasion featuring the Koroso dancers who entertained the guests. 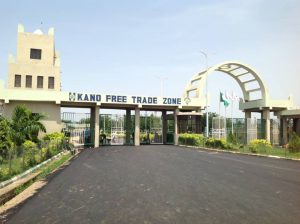 Kano Free Trade Zone is a special economic zone established in 1998 and its area of specialization is warehousing, services, logistics and manufacturing.

One of its objectives is to allow interested persons to set up industries and businesses within the zone, export the goods and services, manufactured and produced within the zone and to provide an internationally competitive duty free environment for export production at a low cost.