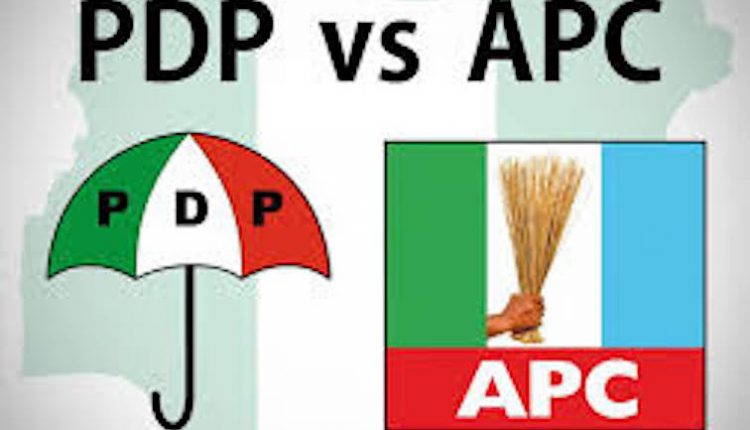 Text of Press Conference by The Spokesperson of the Atiku/Okowa Campaign Organization, Kola Ologbondiyan, on Wednesday, January 18, 2023, at the Legacy House Abuja.

Tinubu is the Real Mr. SPV and Nigerian “Artful Dodger”

Gentlemen of the Press, as you are already aware, the lies, falsehood and decoys of the All Progressives Congress (APC) and its embattled, discredited and degraded Presidential Candidate, Asiwaju Bola Ahmed Tinubu, has further come to light.

Like the age-long aphorism states, those who dig pits for the innocent always fall into them. This is the case in the vexatious plots by Asiwaju Tinubu to divert attention from his litany of atrocities by seeking to impugn on the impeccable character of our Candidate, Atiku Abubakar, with unfounded controversy of corruption.

Today, the entire world has seen that the real Mr. SPV; the Corruption kingpin, the real “artful dodger” of Nigeria is Bola Ahmed Tinubu, the “emilokan” Presidential Candidate of the APC.

Bola Tinubu, sensing that his many corrupt activities, especially his fleecing of Lagos State with many Special Purpose Vehicle (SPV) companies was about to come to light, rushed to hire a serial blackmailer, as he has always done, to foul the public space with fabricated allegations against Atiku Abubakar.

However, no matter how much falsehood appears to thrive, the truth will always prevail at the end of the day. Tinubu has not only failed in this mission to tarnish the clean image of Atiku Abubakar but in the process also exposed himself as the real Mr. SPV.

It is now in public space how Bola Tinubu allegedly used a reported SPV company, Soft Alliance, to steal a whopping $1million belonging to Lagos State through an account 0015778102 in a third-generation bank and how the sum of $826,000 belonging to Lagos State was also reportedly moved to a domiciliary account 0036620785 allegedly owned by Tinubu in a first-generation bank with number in a three-day lodgment scheme.

Nigerians now know of how Tinubu has been desperately trying to divert attention from his alleged use of Alpha Beta Consulting Limited and Alpha Beta LPP, companies he reportedly owned by proxy, to loot N100bn tax money belonging to Lagos State, since 2002.

It is now in public domain how Alpha Beta, which has for over 20 years held the exclusive rights to collect taxes in Lagos State in return for a commission under very shady arrangements through which it reportedly siphoned billions of naira belonging to Lagos State.

The public is now aware of a petition before an anti-corruption agency wherein Tinubu’s alleged SPV company was reported to have used another company which shares same address with Tinubu’s office on Idowu Taylor Street in Lagos to launder Lagos State funds.

Documents sighted in one of the anti-corruption agencies reveals that Tinubu’s SPV allegedly laundered over N20 billion ($46.5m) in different currencies to several companies, including payment of N1bn ($2.3m) to company that is widely known to belong to him.

Bola Tinubu should come out clean and speak to these damning money laundering allegations against him. He should explain to Nigerians how billions of naira belonging to Lagos State and meant for the welfare of the people, reportedly found its way into Soft Alliance and ended in bits and pieces in foreign currencies into domiciliary accounts allegedly owned by him in commercial banks.

We also challenge Asiwaju Tinubu to explain to Nigerians how, as Lagos State governor, he awarded the exclusive right of tax collection in Lagos State to his alleged proxy company, Alpha Beta, as well as the allegations that the SPV was used to steal over N100bn belonging to Lagos State.

Furthermore, Nigerians are still awaiting the APC Presidential Candidate’s still has no explanation for his conviction and criminal forfeiture of $460,000 in a criminal case of trafficking in narcotic in the United States of America, for which under Section 137 (1) (d) of the 1999 Constitution (as amended), he is not eligible to contest election in Nigeria.

Since Asiwaju Tinubu has on his own opened up on the allegations of corruption, our campaign is prepared to help him to fill the gaps he wants closed.

In the days ahead, our campaign will not hesitate to furnish Nigerians with a compendium of corrupt practices as well as the list of SPVs used by the APC Candidate to loot public funds in key government agencies thereby depriving Nigerians the benefit of our national patrimony.

If anyone is to be arrested and disqualified from the presidential race on account of corruption, certainly, that person is not Atiku Abubakar but Bola Tinubu.

Nevertheless, the Atiku/Okowa Campaign Organization assures Nigerians that we will not be distracted in this task of rescuing our nation from misrule but will continue to rally with Nigerians in our collective desire to restore our nation to the path of purposeful leadership and prosperity for all.