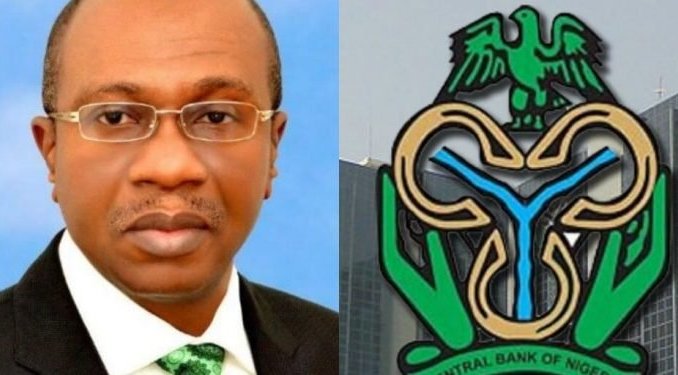 The embattled Governor of the Central Bank of Nigeria, CBN Godwin Emefeile was reported to have fraternised with a well-known terror financier, whose name was not given. Sahara Reporters revealed this Wednesday.

According to the report, preliminary investigation revealed various acts of terrorism financing, fraudulent activities perpetrated by Emefiele and his involvement in economic crimes of national security dimension.

Some top government sources who spoke to the newspaper under condition of anonymity were briefing Sahara Reporters correspondent yesterday, one of them said that, Emefiele got linked to a well-known terror financier, whom the apex bank governor had sent funds for onward transfer to a popular Northern Islamic cleric, Sheikh Ahmad Gumi, who is known for hobnobbing with terrorists and bandits and also advocating for amnesty for them in the country.

The source said, “How they linked Godwin Emefiele with terrorist financing was that, he asked a well-known terror financier to help him to send some amount of money to Sheikh Gumi, because he wanted Gumi to support his presidential bid but Gumi reportedly rejected the money, saying he did not have a bank account.”

The source further said that, the terror financier, later gave the money to one of Gumi’s aide, to give to his boss.

He said, “When the terror financier was arrested, he refused to disclose the source of the huge amount of money and who had asked him to pass it on to Gumi.
Source:Kunnengari.