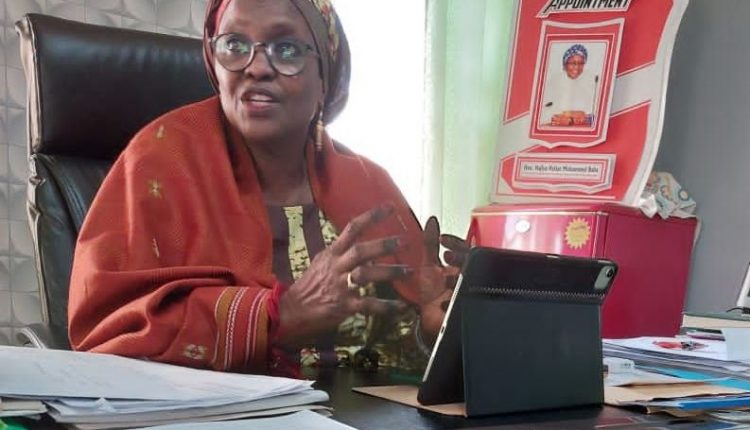 The Advocacy Project for the formulation and adoption of E-learning policy and implementation framework in secondary schools in Kaduna State, Northwest Nigeria, has continued to attract tremendous positive response from policy makers.

The Advocacy Project being implemented by an advocacy working group, Family Health Advocates in Nigeria Initiative, FHANI is aimed at ensuring continuity in learning by students during crisis, especially insecurity.

Though Kaduna was first to start it during COVID-19 lockdown to enable students cover their syllabus, FHANI saw the need to have a Policy Document in place for continuity and sustainability. 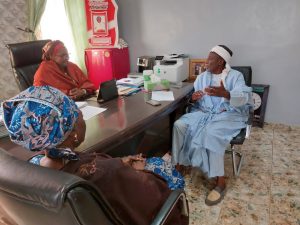 Receiving FHANI Advocacy team on Tuesday in her office, the Commissioner for Human Services and Social Development, Hajia Hafsat Mohammed Baba who was given the overview of the project said the State Government was highly appreciative of the advocacy working group’s activities.

The Commissioner described education as the bedrock of every society, hence its commitment to the education of the children and their welfare. ” We are passionate about the welbeing of our children in all areas, especially health and education”.

She recalled that it was only Kaduna State that implemented the E-learning for students during the COVID-19 lockdown to enable them continue with their studies and cover their syllabus.

Seeing FHANI as a “very credible organization”, Hajia Hafsat said the Kaduna State Government was grateful and pledged to convince other members of the State executive council to do the needful by having a policy Document on E-learning. 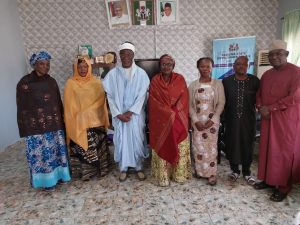 A group photograph of the team with the Hon. Commissioner.

The Commissioner who rated Governor Nasir El-rufai, very high in governance, expressed optimism that the ruling party would remain in power after May 2023 for continuity.

Giving the overview of the Advocacy Project, the Project Manager and Rise Up Fellow, Miss Grace Yila Maikano emphasized on why the need to have a policy Document on E-learning in place, for the present and succeeding administrations. 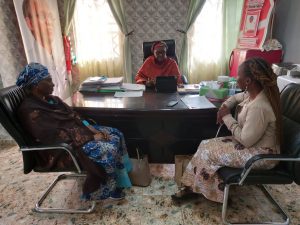 Miss Grace Maikano (R) giving an overview of the project.

She noted that even though the government was passionate about the E-learning, there was no policy document.

She reminded the Commissioner that her contribution was very important at the State Executive Council meeting to make government buy-in, hence the advocacy visit.

Miss Grace Maikano told the Commissioner that representatives of stakeholders including religious and traditional leaders drawn from the 5 LGAs of Kajuru, Chikun, Igabi, Giwa and Birnin Gwari that were identified as highly affected by insecurity have declared their support and commitment to the project.

The leader of the Advocacy team and Chairman of FHANI, Alhaji Bala Muhammad Tijjani, Bunnun Zazzau said FHANI strongly believe that the present Administration which is passionate about children education would oblige and do the needful for the overall benefit of the State.

Contributing, other members of the team, including the Acting Secretary, Mr. Benjamin Maigari and the Communication Officer, Hajia Hauwa Saulawa, described E-learning as very crucial to the enhancement of children education.

They said it was not new in Kaduna State, haven gone through the memory lane when programmes produced by the National Education Technology Centre were ran on radio and tv stations.